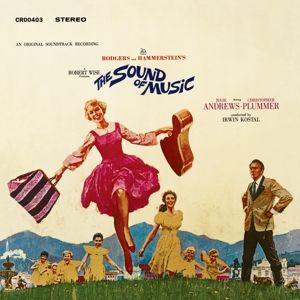 With a stunning score by Rodgers & Hammerstein, the 1965 film The Sound of Music boasted a dream cast led by Julie Andrews (Maria) and Christopher Plummer (Captain). Winner of five Academy Awards including Best Picture and Best Scoring of Music, The Sound of Music made Hollywood history, becoming the most popular movie musical ever made. The soundtrack includes instantly recognizable hits like “Edelweiss,” “My Favorite Things,” “Climb Ev’ry Mountain,” “Do-Re-Mi,” “Sixteen Going on Seventeen” “The Lonely Goatherd” and “The Sound of Music.”

Upon release, the soundtrack reached #1 in the Billboard 200 chart and remained Top Ten for 109 weeks. The album was the best-selling album in the United Kingdom in 1965, 1966 and 1968 and the second best-selling of the entire decade, spending a total of 70 weeks at number one on the UK Albums Chart. The album has since gone on to sell over 20 million copies worldwide.