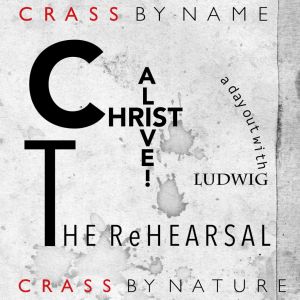 Originally recorded in 1982 in Crass’ rehearsal studio at Dial House, ‘Christ Alive’ documents the ofttimes gruelling process behind the making of a song. Given the exacting nature of Crass’ finished works, it’s illuminating to hear them battling out results that eventually gave them the structure to ‘Christ the Album’. After many hours spent in the studio, it was decided that Beethoven would be expertly weaved into the recordings. Call it Crasshoven if you like. This black vinyl pressing, limited to 450 units, will also see all profits donated to the Refuge, a UK charity working against domestic violence.