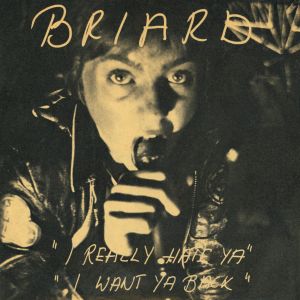 A much anticipated reissue we’ve promised a long time ago, here it finally is: the first ever punk rock seven inch released in Finland, officially reissued with a number of photos from the recording sessions not seen before. Briard’s I Really Hate Ya / I Want Ya Back was, strangely enough, released on a mainstream label, Scandia, in 1977, although in an edition of just a few hundred copies, making it one of the rarest and most expensive Finnish punk records.

Led by Pete Malmi and with a young Andy McCoy on guitar, Briard evolved from the earlier incarnation Philadelphia Motherfuckers and later went on to release a handful of seven inches and an album on other labels as Scandia parted ways with them soon after the single release. The Svart reissue reproduces the original foldover sleeve design and includes a booklet.