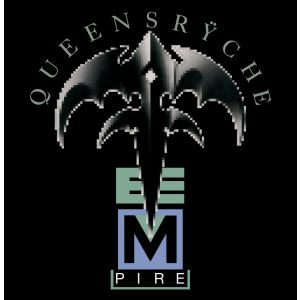 Empire was originally released on 20th August 1990, and is the band’s most commercially successful album to date, reaching triple platinum status.
It featured the top 10 hit, “Silent Lucidity”, which was nominated for 2 Grammys, and “Jet City Woman”. The follow up to the groundbreaking Operation: Mindcrime, the album was produced by Peter Collins, and recorded in Washington and Vancouver in the spring of 1990. Empire features brilliant and intelligent lyrics and songwriting complimented by incredible musicianship, with the songs ranging from beautiful ballads, strong melodic rockers, and classic heavy fist pumpers.
This version, newly remastered at Abbey Road Studios, brings together all the available recordings to narrate the story of this remarkable album.
It also contains a DVD which features the accompanying promotional videos and a live performance of the album.
The deluxe version features new sleeve notes by noted journalist Alex Milas who spoke with Geoff Tate at length, discussing the making of the album and the concept behind it, and is housed in a 10″ x 10″ box, providing the definitive package.