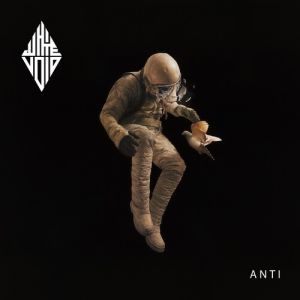 2021 release. Eclectic hard rockers White Void are a curious bunch. Forged in the space between the occult rock of the seventies, the no-excuses-hard rock of the eighties and the British New Wave movement, they balance on the event horizon that separates old from new. Aggression from melody. Dream from drive. Add to that the fact that the band members of White Void have their backgrounds in Norwegian black metal, chiptune electronica, pop music and blues, and you'll see why their music is hard to pin down. It's darkly melodic, it's driven, and it's infused with earworms, hooks and licks. Boasting a shameless attitude, though, it comes forth as deeply true to the core of our shared hard rock heritage.

1 Do. Not. Sleep
2 There Is No Freedom But the End
3 Where You Go, You'll Bring Nothing
4 The Shovel and the Cross
5 This Apocalypse Is for You
6 All Chains Rust, All Men Die
7 The F***ing Violence of Love
8 The Air Was Thick with Smoke