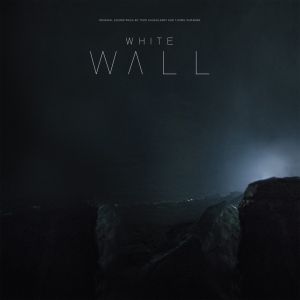 Timo Kaukolampi and Tuomo Puranen, the K and P of the mysterious electronic kraut outfit K-X-P, have composed movie scores in the past, their best known piece being the music to the movie Euthanizer, which was the Finnish candidate for the Oscar award for best international picture in 2018. The composers won a Finnish Jussi award for the music. The eight-part dark mystery noir series with sci-fi overtones, White Wall, is the duo’s first foray into the world of television.

White Wall is a joint production between the national broadcasting corporations of Sweden and Finland, SVT and YLE. It is also one of the most expensive productions in Finnish TV history with its 7 million budget. The series was shown on TV in Scandinavia in December 2020 and rights have been sold to a number of other countries too.