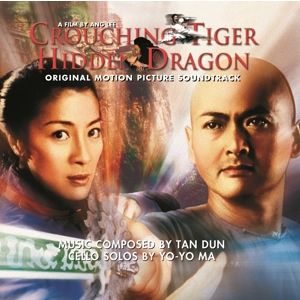 Crouching Tiger, Hidden Dragon is a 2000 wuxia film directed by Ang Lee. Taking place in 18th-century Qing dynasty China, the story revolves around a warrior who gives his sword, Green Destiny, to his lover to deliver to safe keeping, but it is stolen, and the chase is on to retrieve it. The film was praised for its story, direction, and cinematography, and for its martial arts sequences. It won the Academy Award and Golden Globe Award for Best Foreign Language Film. The score was composed by Tan Dun, containing many solo passages for cello by Yo-Yo Ma. The track “A Love Before Time” features Coco Lee. This album is released as a limited edition of 750 copies on translucent red vinyl.