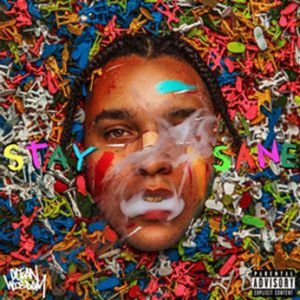 Stay Sane is the hotly-anticipated new album from London based artist Ocean Wisdom. Widely considered to be one the most technical rappers alive, his first release from the album campaign ‘Drilly Rucksack’ is a stellar offering, showcasing Ocean’s rapid-fire flow as he takes on political themes relevant in Britain today. Speaking on the track Ocean said “‘Drilly Rucksack’ is a fictional tale of a magical rucksack that protects its owner from evil Tories whilst also offering consolation and reassurance to the daughters whose lives they have presumably made miserable.”Ocean broke numerous records at a young age, including beating the standing Guinness World Record for most words per minute in a hit song, dethroning Eminem’s "Rap God".