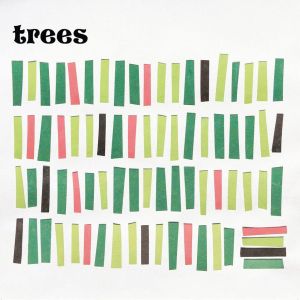 Fresh out of the woods of eastern Finland, the Savonian quartet Trees have grown out of the fertile cultural milieu of Savonlinna, Finland, from the same circle of friends and artists as Paavoharju, whose mastermind Lauri Ainala has shot and directed the band’s first music video “Out In The Open,” which basks in autumnal Van Goghian colors that suit the melancholy music perfectly.

In addition to singer/songwriter Santeri Vänttinen, Trees are built of Joose Keskitalo (guitar and backing vocals – a prominent solo artist, as well), Teemu Muikku (bass), and Jani Lamberg (drums). The music the quartet makes draws inspiration from classic US folk rock of the ’60s in the vein of The Byrds, The Band, and Neil Young, but handles things with a vaguely apocalyptic eastern Finnish approach.

“I met our drummer Jani by accident after not seeing him in years, and we had a beer and decided to form a band,” says Vänttinen. Jani Lamberg brought with him Joose Keskitalo, on whose early records he had played. Joose first promised to record and mix the band’s album, but soon he found himself playing guitar and singing harmony vocals in the group.

Trees’ eponymous debut album, consisting of Vänttinen’s compositions, has been recorded live in the studio, which fits the band’s organic music perfectly.
1. Lovers
2. Tomorrow Decides
3. Scarlet Letters
4. Like a Tombstone
5. Wherever You May Be
6. Indian Summer
7. Waltz
8. Out In The Open
9. Forest
10. A New Day