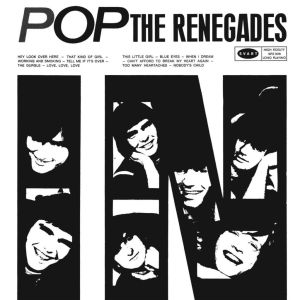 For a few years in the mid-sixties, British beat group The Renegades were the most popular band in Finland and the first to create serious fan hysteria. They never really received considerably popularity anywhere else, but Finns loved them and the four LPs they released from 1964 to 1966. These LPs (Cadillac, The Renegades, The Renegades 2 and Pop) are nowadays among the most difficult to find items from their era, with only a small handful of original copies still in playable condition.

Svart Records are happy to present official reissues of all four LPs by the Renegades. Released one by one in reverse chronological order and all with liner notes by Renegades biographer Esa Kuloniemi, the series begins with the last LP ‘Pop’.