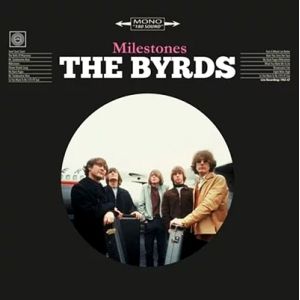 LP. Side One contains broadcast recordings taken from TV and radio between December 1965 and March 1967. But it is Side Two that is of great historical signficance for Byrdmaniacs. The Winterland show from December 1967 offers a glimpse of the Byrds as a three-piece band. David Crosby and Michael Clarke had left in the summer, but Clarke returned for this concert. The recording quality is not great but the sound is unlike any other Byrds recording, with McGuinn’s 6-string Gretsch powering the group along on hard rock versions of their hits and others such as Miles Davis’s Milestones and Jimmy Reed’s Baby,What You Want Me To Do.