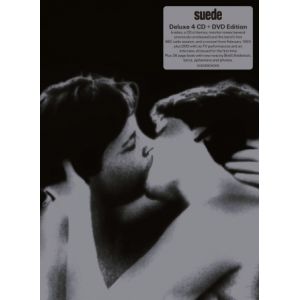 This deluxe edition features the album; the b-sides; a CD of demos, monitor mixes (several previously unreleased) and the band’s first BBC radio session, arranged chronologically; plus a concert from February 1993. The DVD features six contemporary TV performances (including their first ever TV appearance), and an hour-long film of Brett and Bernard Butler discussing the writing and recording of the album, all issued for the first time. Also included is a new note by Brett about his memories of the recording of the album, along with the lyrics, hand-written lyric drafts, tape boxes, and photos from the band’s collections.