TEEMU & THE DEATHBLOWS - Keep It In The Dark LP Svart Records 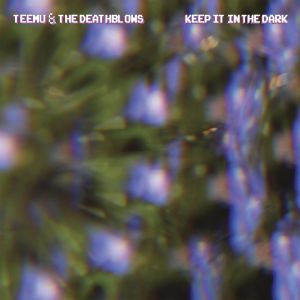 Limited to 300 copies only.

Teemu and his bandmembers are children of the postmodern age. The quartet, all in their early twenties, burst on the scene via self-recorded and produced songs that the band spread via the internet, where they’ve already received something of a cult following after just a few songs out, showcasing the global appeal of their music.

Yet, the newcomers have imbued themselves in musical history and even though the band label themselves as garage rock, their debut album Keep It In The Dark, to be released digitally in December and on vinyl in January, shows they operate with a much bigger palette. Frontman Teemu delivers laconic but catchy vocals – sounding like a cross between the opiate drawl of Lou Reed and the more melodic approach of indie rock’s elder statesmen like The Pixies or Lemonheads – as his Deathblows step on the fuzz and wrap everything in a warm blanket of noise.

True to the vintage spirit of the band, The Deathblows’ album is recorded on an eight track machine and mastered on tape to give their sound a garage-y vibe. The full length album includes the previously released digital singles plus all-new material.