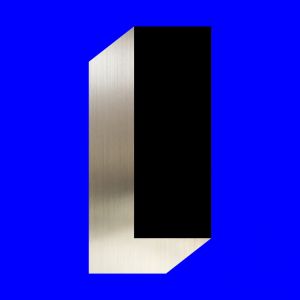 Ektro Records is proud to present Iron Magazine's debut EP, Queen of Hell, on 12" vinyl format. Although a brand-new name, Iron Magazine is actually a cross-continental team-up between Danko Jones and John Calabrese from Danko Jones and Jussi Lehtisalo and Tomi Leppänen from Circle. With such a pedigree, the resultant sound of Queen of Hell makes total sense: lazer-buzzing, intergalactic HARD ROCKIN' at that nexus of 1980 where greasy 'n' galloping heavy metal, Sunset-strippin' hard rock, and space-cased AOR all crossed DNA for one brief moment. But, of course, with anything involving the tentacles of Circle and especially Lehtisalo (references can be made to the private-press, lonerist AOR of Aktor he helmed with Dawnbringer mainman Chris Black), there's a completely demented and totally tweaked streak to Iron Magazine, but Danko Jones' feel-good/feel-bad anthemics can be strongly felt on Queen of Hell, as well.
A hazier, crazier version of Spinal Tap had they more strongly imbibed Rainbow's Straight Between the Eyes? Maybe. The prototype for Circle's transformation into Falcon (ex-Circle), but alternate-universe years after the fact? Also maybe. Iron Magazine ask many questions, but leave the answers wholly to the mysterious majesty of The Riff...as it should be. Denim demons astride leather dragons of lust - hail their Queen of Hell!