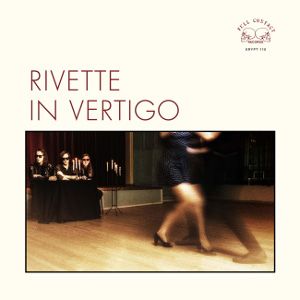 RIVETTE are a relatively new three-piece from Finland, having released just a cassette demo in 2015. What once started as a bona fide idea of playing a mixture of "Iron Maiden" And "Kill 'em All" has been morphing ever since into a more genre-defying direction. While the demo showcased a rather traditional hard rocking metal affair, one could already spot an underlying tone differing from the usual. On this debut MLP these particular elements gain more ground in the front and widen the overall spectrum without completely abandoning the more heavy metallic approach. The band surely makes no bones about the fact that their influences include such diverse names as Dire Straits, Boston or even The Police, the kind that rarely if ever gets mentioned in the same sentence with heavy acts like Diamond Head, Riot or the NWOBHM in general. RIVETTE are not afraid to go outside the boundaries and shake the cage. Is this AOR? Is this Heavy Rock? Alternative Metal? This is RIVETTE!