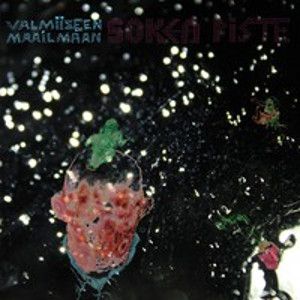 Long-running members of the local punk scene, Sokea Piste's concoction of Finnish punk comes with a pinch of Rudimentary Peni mixed with the ominous flavour of the late eighties' Aussie and American mid-tempo bands like Lubricated Goat and Flipper. The band's experience shines through on their second full length, Valmiiseen Maailmaan, on which they sound more hard-hitting, oppressive and confident than ever before. Concentrating on their fortes, Sokea Piste has produced a thirty-minute punk rock blast that blows you away with its powerful rhythm and desperate fury. Though the record is bursting with sharp and catchy songs, the band is not afraid to write original and startling compositions, either. Sokea Piste possesses the rare skill of creating music that is, at the same time, addictive and challenging, pessimistic and hopeful, chaotic and logical. The lyrics are sung in Finnish and they deal with the phenomena of the modern world in an explicit and ironic way. Haunting stuff!