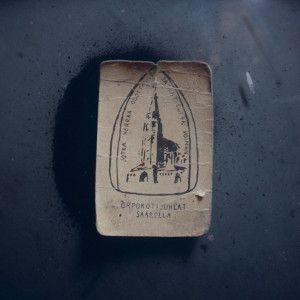 Previously known as the mastermind of the acclaimed experimental pop group Paavoharju, Lauri Ainala draws a bleak picture with his forthcoming debut solo work, Orpokotijuhlat Saarella, set for international release on November 18th via Svart Records. The album is based on the Pietistic convention held at Saari in eastern Finland; the sectarian event has been held yearly since 1916, and it consists of sermons, Bible lessons, prayers, Eucharist, and a series of hymns. In 2015, while attending the convention with his family, Ainala recorded the hymns that blared out of rusty old speakers, and molded the raw recordings into Orpokotijuhlat Saarella, a dark ambient drone piece.