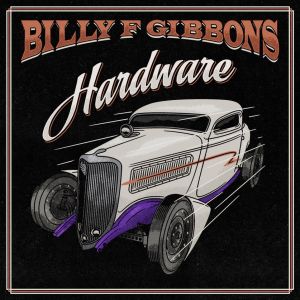 Hardware, the third solo album from ZZ Top front man Billy Gibbons, has wrapped recording and post-production and is set for release June 4th by Concord Records. The album was recorded at Escape Studio in California’s high desert, near Palm Springs, and was produced by Gibbons along with Matt Sorum and Mike Fiorentino with engineer Chad Shlosser providing additional production. The album’s release is preceded by the release of the single “West Coast Junkie” on March 26.