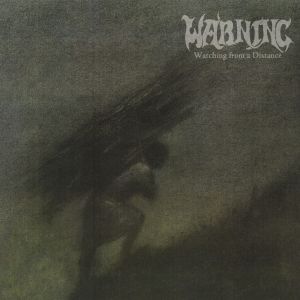 Watching From A Distance (2006), Warning’s second and last album, is a cult classic. An album that successfully broke the conventions and confines of the Doom Metal genre, Watching From A Distance stands as a milestone. Seldom a dry eye in the house, when they play these songs live, there is an authenticity and genuine melancholy to this record which has rarely, if ever, been equaled.

Patrick Walker from Warning says:
“I’m relieved and happy to finally see the first official vinyl re-release of Watching from a Distance. With its improved cover art and layout, full lyrics and liner notes, this is the definitive edition of the album and I’m proud to have been able to work on it together with Svart Records.”