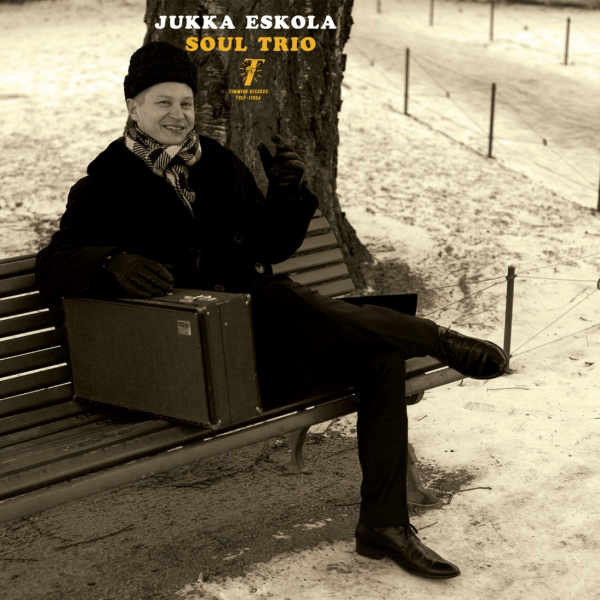 In 2017, the Finnish jazz scene seems to bubble with talent. One of the most prominent players in this mix is by definition, trumpeter Jukka Eskola. After over a decade of adventures in different spaces of jazz – from the dance floor burn of The Five Corners Quintet to the raw expressive modes of Mikko Innanen's small big band, Jimi Tenor's cosmic jazz and his own prime CTI styled solo recordings – Eskola takes things back to bare basics. And as usual, when it's done right, it's the best thing out there.

The Jukka Eskola Soul Trio is composed of Eskola on trumpet and fluegelhorn, Mikko Helevä on organ and the Stance Brother #1 Teppo "Teddy Rok" Mäkynen on drums. When Helevä needs to take a break from the bass pedals, the trio gets assistance from Ville Herrala on the upright. In addition, tenor saxophonist Timo Lassy features on “Hong Tong” and “Subterranean Variations” and Magnus Lindgren spices the groove with his flute on "Railyard Boogie".

The Soul Trio's album is a true delight for the lovers of mid to late 1960's American soul jazz from labels like Blue Note and Prestige. At parts the approach is even less sophisticated as on "For Anne Lee", where the group proceeds to lay down some of the rowdiest bar room hard bop. Creating an extra air of hipness, the package is completed with European Clarke-Boland'ish touches that hint at reinvention more than simple emulations. This record carries all the right ingredients for a grade A contemporary jazz album: virtuoso players, who know the heritage as well as how to play around it, and who know how to work as an entity surrendering strictly to the groove.