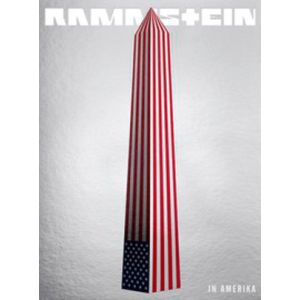 I. Documentary Rammstein in Amerika – running time on DVD: 2h

This documentary by Hannes Rossacher tells the story of Rammstein in Amerika by focusing on the chronological development of events in the band’s history in North and South America. The film contains a great deal of unreleased footage from the band’s personal archives.

The first two-thirds of the film portray the band and their rise in the US and Latin America up to 2001; their simultaneously regretful and disenchanted “Farewell to Amerika” following the events of 9/11; and their explosive return to a sold-out Madison Square Garden.

The film accompanies the band on their various visits to the Americas throughout the past 20 years.

After 10 years of absence, Rammstein returns to the US. Following a tour in Latin America, the band plays their only show in the US at New York’s Madison Square Garden. The show sells out in 30 minutes.