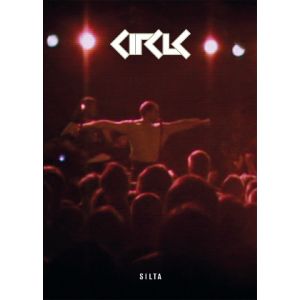 "SILTA" is a double feature live DVD from Circle (Format: PAL / 16:9 / REGION FREE, plays worldwide on PAL-compatible DVD players), performed on two consecutive nights in two different cities in Southern Finland, 2011. The first gig takes place at Turku (Club Dynamo, Feb 23, 2011) and the second one in Helsinki (YK-Klubi, Feb 24, 2011). As a pair, the two live sets hold up a convincing display of Circle’s merits as a mesmerizing live act. Both shows were recorded live in an uncompromising manner with a multitrack audio-unit + filmed using a special Japanese-imported camera on a tripod. With 'in-your-face' video and audio, “SILTA” brings forth the essence of the band on stage on an amplitude that no 3D glasses or other modern-day gimmicks could possibly push any further. Run time (total): Approx. 170 min.